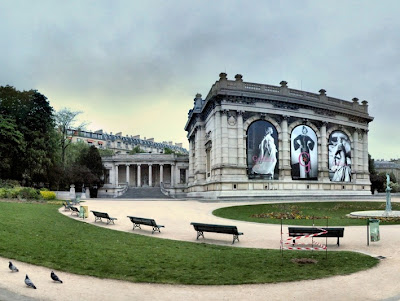 The Musée Galliera is the City of Paris Museum of Fashion. Opened in 1977, it is housed in a Renaissance-style palace built at the end of the 19th century for the Duchesse de Galliera. The museum collects and displays creations that have marked the development of historical and contemporary fashion. Each year it presents two exhibitions, on a specific theme or a single couturier, revealing part of its huge collection of clothing and accessories from the 18th century to the present day. Open 10a-6p except Tuesdays. 7.5€ admission. Tél.: 01 56 52 86 00. Update: this museum is presently closed for work on security systems; reopening will be spring of 2011.

Situated on the right bank of the River Seine, the 16th arrondissement is home to many diplomatic embassies, the famous Avenue Foch (the widest street in Paris) and the Bois de Boulogne (the second-largest public park in Paris). This district also hosts several large sporting venues, including the Parc des Princes (the stadium where Paris Saint-Germain football club plays its home matches), Roland Garros Stadium (where the French Open tennis championships are held), and Stade Jean-Bouin (home to the Stade Français rugby union club). Most tourists come to the 16th arrondissement to view the Eiffel Tower from the terrace of the Trocadéro, situated directly across the Seine from this great iron landmark of the city.
Posted by Terry at 5:17 AM