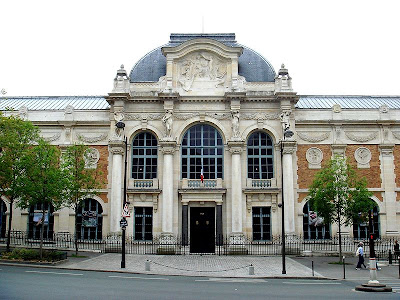 Founded as a dye works in the mid-15th century by Jean Gobelin, Louis XIV purchased the Gobelins works in 1662. Jean-Baptiste Colbert united all the royal artisans, creating a royal tapestry, statue and furniture workshop. Royal painter Charles Le Brun was director and chief designer from 1663 to 1690. Because of the later financial problems of Louis XIV, the Gobelins works were temporarily closed from 1694 to 1697, after which the workrooms specialized in tapestry, chiefly for royal use. The buildings and grounds of the Gobelins factory adjoined the Bièvre river, but the many tanneries and dye works along this narrow stream so thoroughly polluted the water that the smell drove the 19th-century city officials to divert the water into an underground channel, through which it still runs.

The Gobelins rivalled the Beauvais tapestry works until the French Revolution, when work at the factory was again suspended. The Bourbons revived the factory during the Restoration, and in 1826 the manufacture of carpets was added to that of tapestry. In 1871 the main building was partly burned down by the Communards.

The factory still produces tapestries as a state-run institution. Today the operation consists of a set of four buildings dating to the seventeenth century, plus the building on the avenue des Gobelins built by Jean-Camille Formigé in 1912 after the 1871 fire. They contain Le Brun’s residence and workshops that served as foundries for most of the bronze statues in the park of Versailles, as well as looms on which tapestries are woven following seventeenth century techniques. 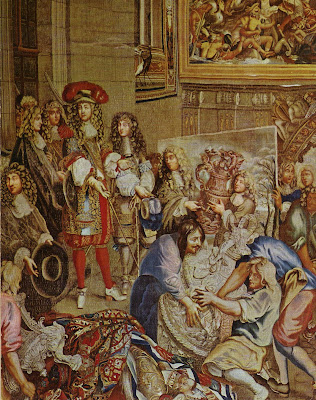 Louis XIV visiting the Gobelin factory with Colbert and his brother Philippe, 1667. Tapestry from the "History of the King" series designed by Charles Le Brun and woven between 1667 and 1672. 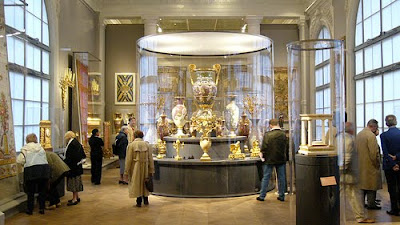 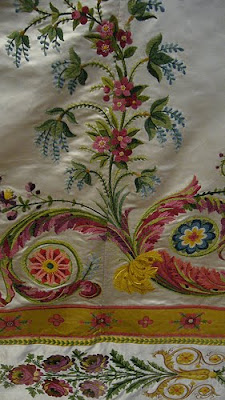