The Palais de l'Élysée has been the official residence of presidents of the French republic since 1873. It is currently home to Nicolas Sarkozy and his third wife, Italian-born Carla Bruni, married here on February 2, 2008 (Ground Hog Day, if I recall correctly).

The Palais de l'Élysée is located in a commercial area of Paris on the fashionable Rue du Faubourg Saint-Honoré, just opposite a Versace retail outlet (this must make the Italian-born first lady feel even more at home). The English-style gardens at the rear of the palace stretch back toward the Champs-Élysées. The history of this palace is as lurid as the personal lives of its current occupants. In 1753 Mme. de Pompadour bought the extravagant residence of Comte d'Evreux, built in 1718, and used it for lavish entertaining when she was away from Versailles. Her opponents showed their distaste by hanging signs on the gates reading: "Home of the King's whore."

After the Empress Joséphine was divorced by Napoléon, this house became her hideaway. Ironically, it was also here that Napoléon Bonaparte signed his second abdication after the Battle of Waterloo. Subsequently, the mansion housed a restaurant and fairgrounds run by an Italian ice cream maker, Velloni (another Italian connection for Ms. Bruni!).

French President Felix Faure suddenly died here in 1899 while in the arms of his mistress, Marguerite Steinheil. During World War One, a gorilla escaped from a nearby menagerie, entered the presidential palace and was said to have tried to haul the wife of President Raymond Poincare into a tree, only to be foiled by Élysée guards. President Francois Mitterrand is said to have used its private apartments only rarely. He preferred returning at night to his own home on the Rue de Bièvre on the more bohemian Left Bank (or to the discreet flat in another district occupied by the mother of his illegitimate daughter Mazarine, whose existence was only revealed to the public in 1994).

OK. Let’s stop and take a deep breath. So far we have a palace, once owned by the rich, spoiled mistress of King Louis XV, now occupied by an Italian-born former nude model and a 5-ft 5-inch tall twice-divorced politician of Hungarian descent who happens to be the wildly unpopular President of France – all of this set amongst English gardens across the street from Versace.

Back to the height thing. Carla is 2 inches taller than Nicolas, and it kind of bothers him. So he uses some "tricks" to diminish the height discrepancy. In most photos, you'll notice that Carla is standing a step or two back from the camera, leaving Nicolas in the foreground, thus appearing taller than Carla. So far, so good. Recently Mr. Sarkozy likes to stand on the curb, while Carla is at street level. Works like a charm. And Ms. Bruni is making flat shoes fashionable again among Parisian women. And hats are out, naturally.

Sarkozy and Bruni on a date in Egypt last January. But we’re just getting started. Within the first nine months of Sarkozy’s presidency two different first ladies occupied the premises. Carla Bruni was preceded by another former model, Cécilia Ciganer-Albéniz (great-granddaughter of composer Isaac Albéniz), who, while first lady of France, continued an affair she was having with a Moroccan-born events planner who was working in New York (and whom she married a month after Sarkozy married Carla). In a sort of perverse tit-for-tat, it should be noted that at the same time Cécilia and her beau were planning “events,” Sarkozy was himself having an affair with Anne Fulda, a journalist at Le Figaro.

Still with me? Well, you won’t want to be, because there’s more.

OK. Cécilia was nine months pregnant and 26 years old when she married her first husband, who was 52 at the time – exactly twice her age. Can you guess who conducted the civil ceremony? Nicolas Sarkozy, who was then mayor of Neuilly-sur-Seine, where the wedding took place. No further comment on this tidbit.

Sarkozy’s political behavior has not exactly been astute, either. When he had an audience with Pope Benedict eight months ago, Sarkozy showed up late and proceeded to send text messages during their meeting. And he chose his buddy, a French comedian, as the companion for his audience with the pope. At a recent G8 summit, it was obvious that Sarkozy was drunk when he was trying to make a speech before live television cameras. And for his official portrait, which graces every town hall in France, he chose a paparazzi photographer. To his credit, however, he was voted one of the world’s best dressed men, just behind Brad Pitt and David Beckham.

I swear I’m not making this stuff up.

Anyway, the Palais de l'Élysée is not open to the public, so you won’t have to worry about catching anything by entering its gates. But I digress.

Back to the building itself. When Parisians talk about “L’Élysée,” they mean the president's palace, whereas the Champs-Élysées is known simply as “Les Champs.” Armed with knowledge like this, the locals will mistake you for a native.

Wait – I forgot to mention that Carla Bruni is a songwriter and successful pop music recording star (some of the tracks on her CDs are named for former lovers – cute). And as for those nude photos, her husband, the President of France, calls them “hot.” 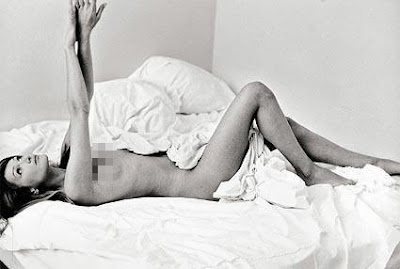 And Carla, the former lover of Mick Jagger, Donald Trump and Eric Clapton (I kid you not), is not exactly a shining example of prudent public relations herself. To the media she drops quotes like bombshells. “I want a man with nuclear power.” “I’m monogamous from time to time, but I prefer polygamy and polyandry.” “Love can last a long time, but burning desire – two to three weeks.” And these days she is comparing herself to Jacqueline Kennedy-Onassis (in her own words, “a youthful elegant woman of style”), as opposed to Bernadette Chirac, a first lady in the more traditional mold.

Let me out of here. Perhaps they could shop for new guard uniforms across the street at Versace. The Latin word “gallus” means both rooster (coq) and Gaulle. The garden gate of the Elysée Palace in Paris displays a gilded rooster, and the fleur-de-lis and rooster were both official symbols of the State of France during the 19th century.