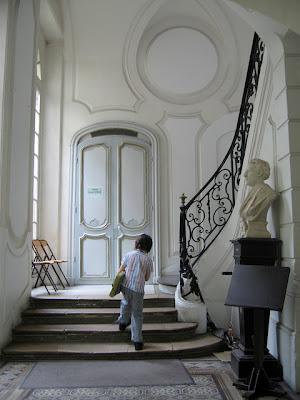 In 1920 American popular song writer Cole Porter enrolled for a two-year study of harmony, counterpoint and orchestration at the Schola Cantorum, which then had an enrollment of about 500 students. The recently married Cole Porter, just back from his honeymoon in southern France and Italy, was living in Paris at the time, and for a short while he fancied himself a writer of serious instrumental music. He eventually dropped out of this music school to get back to writing popular songs.

The building, a converted English Benedictine convent, is little changed in the hundred plus years since its move to this location in 1900 – a cream-colored stucco building of somewhat faded elegance with a cobblestone courtyard bordered by a privet hedge, and a fine interior staircase with wrought iron bannisters. A plaque on the wall next to the courtyard doors offers details of its founding as a school of music, dance and dramatic arts. 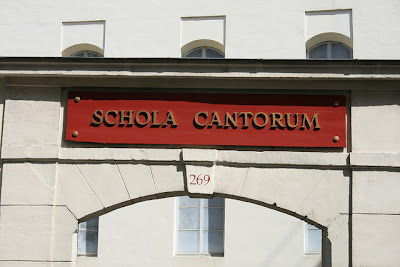 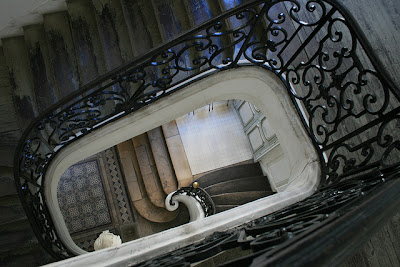 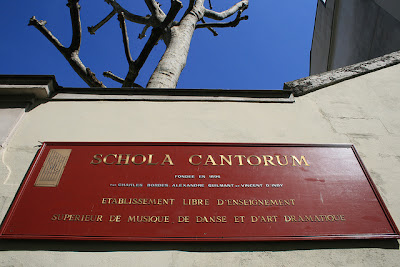